You have already completed the quiz before. Hence you can not start it again.

You must first complete the following:

Quiz complete. Results are being recorded. 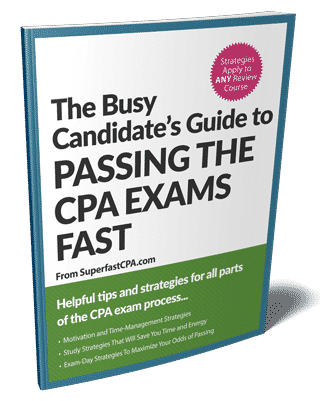 Get our free strategy guide, “The Busy Candidate’s Guide to Passing Your CPA Exams Fast“, and over 500 free MCQs.

Get the Free Guide & Free Questions...

Access will be instantly sent to the email address you enter below.